Amos Smith is the President and CEO at the Community Action Agency of New Haven, Inc., since May 2006. He manages a budget that serves approximately 25,000 individuals covering 5 towns across the New Haven regions. Mr. Smith currently serves as the 1st Vice President of the Connecticut Association for Community Action, a member of the Community Research Engagement Steering Committee at Yale, the Community Advisory Committee at Southern Connecticut State University School of Social Work, the Board of Advocates to the Dean of Social Work at the University of Connecticut School of Social Work, former member of Governor Malloy’ Health and Human Services Committee, and lead connector to a new initiative between Smillow Cancer Center at Yale & Community Action Agency of New Haven’s commitment to explore ways to collaborate, serve, support, treat, educate and  improve community engagement.

Amos has served on the boards of Friends Center for Children in New Haven. Institutes for Community Research in Hartford, and the first man, to Chair the Board of Planned Parenthood of Connecticut. Amos was appointed to serve on by the Connecticut Department of Public Health – Human Investigations Committee as a non-medical Advocate and Community Representative. 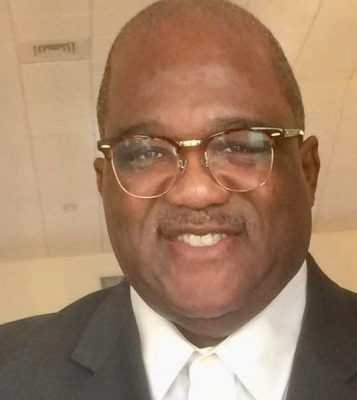 Before joining Community Action, Mr. Smith served as Director of Health Grantmaking at The Community Foundation for Greater New Haven (TCF). In addition to his Grantmaking duties, he served as the Principal Investigator for the New Haven Healthy Start project, whose focus is to eliminate infant morality among African American women, improve Maternal and Child Health Outcomes in New Haven. He has frequently demonstrated the intellectual acuity and temperament for addressing uncommon, chaotic, and complicated programs and organizations. He has often worked on issues and challenges that are cross- disciplinary and highly levels of rigor and complexities. Mr. Smith has been a panelist at the first National Institutes of Health (NIH) Summit: The Science of Eliminating Health Disparities with a focus on Health Disparities among Men of Color (National Harbor, Maryland). It is in this area where he has published in The American Journal of Public Health, entitled “Health Policy and the Coloring of an American Male Crisis: A Perspective on Community-Based Health Services.” Amos is a former adjunct instructor at the University of Connecticut School of Social Work where he taught required courses entitled: Human Oppression from the African American and Puerto Rican Perspectives. Analysis of Social Welfare Policy and Social Services System.